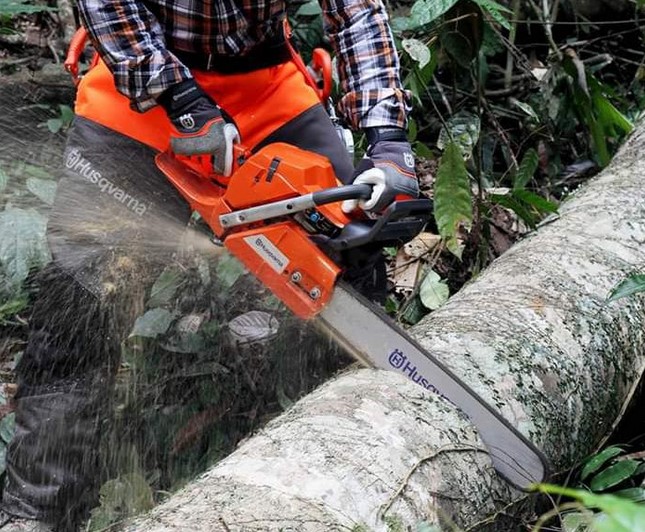 A power saw is made out of a simple idea that transformed how people work. It consists of a saw blade put on a chain and then attached to a guide bar to mimic the manual saw. Only that this time, instead of using your strength to move the saw back and forth to cut, electricity or fuel rotates the chain to cut the wood in contact. The chain looks a lot similar like the bicycle chain but it has sharp teeth placed at intervals around it.

A power saw is either electric or fuel powered. The electric ones can either have a cord attached or not. If it doesn't have a cord, it comes with a battery pack for wireless operation. These power saws are usually lighter because they do not have a tank but do not provide much power like the fueled ones.

The fueled versions of the power saws have a small tank where a mixture of diesel and oil is put. Most have a one-cylinder engine with a carburetor for operation. The sizes of the engines and the outputs vary from one brand or model to the next.

Under the hood of the carburetor one-cylinder engine in the power saw, is a simple mechanism used to turn the chain. As the piston moves in and out of the engine cylinder, it moves a connecting rod attached to the crankshaft. Consequently, the crankshaft is attached to gears that rotate as it moves. This turns the back and forth motion inside the engine to rotary motion that turns the chain saw.

A power saw is useful; it makes work really easy for loggers. With a power saw, cutting through a tree with a large diameter takes only a minute, or two of your time. While using a handsaw it would take much longer and worse still drain you significantly physically.